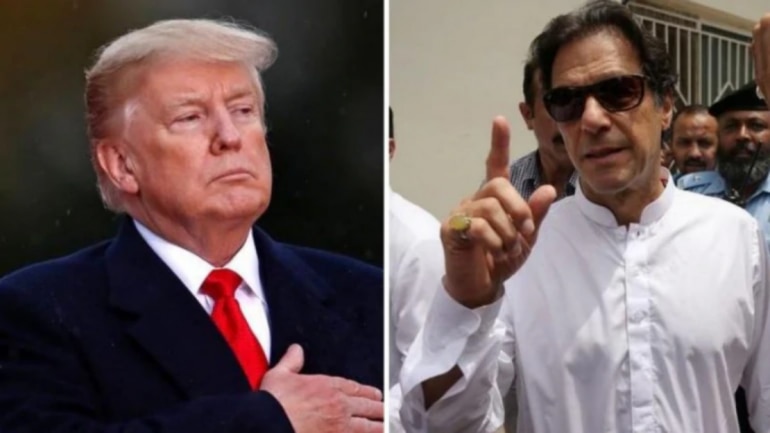 head of Prime Minister Imran Khan’s visit to the United States, a Congressional report has said the security assistance to Pakistan would remain suspended pending “decisive and irreversible” action against terrorist groups.

At the direction of President Donald Trump, the US had suspended all its security assistance to Pakistan in January 2018. This is first high-level trip by a Pakistani prime minster to the White House during the Trump administration.

“Pakistan is a haven for numerous Islamist extremist and terrorist groups, and successive Pakistani governments are widely believed to have tolerated and even supported some of these as proxies in Islamabad’s historical conflicts with its neighbors,” the independent Congressional Research Service (CRS) said in a latest report on Pakistan.

The CRS is an independent and bipartisan research wing of the the US Congress, which prepares periodic reports on issues of interest for lawmakers to make informed decisions. Its reports are prepared by eminent experts of the field and are not considered as an official view of the Congress.

The latest CRS report told lawmakers that the 2011 revelation that Al Qaeda leader Osama bin Laden had enjoyed years-long refuge in Pakistan led to intensive US government scrutiny of the bilateral relationship. It also sparked congressional questioning of the wisdom of providing significant aid to a nation that may not have the intention or capacity to be an effective partner.

The Trump administration has taken a harder line on Pakistan than its predecessors, sharply cutting assistance and suspending security-related aid, said the CRS report dated July 15.

“The United States continues to press for decisive and irreversible action against externally-focused militant groups and UN-designated terrorist organizations operating from its territory,” it said. “Pending such action, security assistance will remain suspended.”

During a September 2018 visit to Islamabad amidst talk of a “reset” of bilateral ties, Secretary of State Mike Pompeo expressed hope that the US could find common ground with Pakistan’s new leadership, but mutual distrust was seen to be pervasive in the relationship and American leverage was much reduced.

In mid-2017, the administration announced that it would “pause” disbursement of USD 255 million in Foreign Military Financing (FMF) and announced a broader security aid suspension in January 2018. According to the State Department, about USD 790 million in unobligated FMF dating back to 2001 is affected.

Pakistani politicians and analysts of all stripes decried what they perceived as an effort to scapegoat their country for US policy failures in Afghanistan.

The administration’s 2020 budget request for assistance to Pakistan totals about USD 70 million, including USD 48 million for economic and development aid.

Noting that numerous indigenous terrorist groups operate on or from Pakistani territory, many designated as ‘Foreign Terrorist Organisations’ under the US law, the CRS said incidents of domestic terrorism decreased since the Pakistan Army launched major operations in 2014.

However, some externally-oriented terrorist groups like the Lashkar-e-Taiba continue to operate, by some accounts supported by state elements. Al Qaeda and Islamic State networks are also present in Pakistan, it said.

According to the report, Pakistan’s continued conflict and rivalry with India is unabated, with international fears about the possibility of war between two nuclear-armed powers.

The report also notes that the Trump administration had noted Pakistan’s growing debt to China and expressed opposition to any bailout that would go to reducing such debt.

Pakistan’s Finance Ministry denies that the IMF funds would be used to repay Chinese debt and it is seeking to renegotiate aspects of the China-Pakistan Economic Corridor (CPEC) to reduce long-term debt, the CRS said.