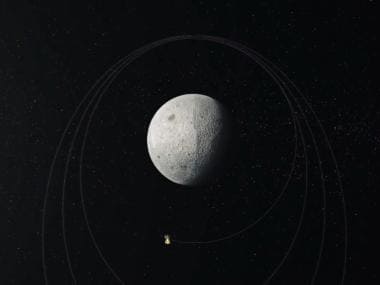 Noida: The Gautam Buddh Nagar administration on Monday invoked the National Security Act (NSA) against the third accused involved in the firing at a security guard of the site belonging to Chinese phone manufacturing company Oppo in Greater Noida.

On 31 January, operatives of the Sundar Bhati gang had fired at the security guard of Oppo’s under-construction site in Greater Noida. The guard was severely wounded but survived the attack.

On probe, it emerged that it was done at the behest of some influential people who wanted to procure civil work contracts like water supply, building material supply and transport works in the company, officials said.

Those involved in the episode were identified as Arun Singh; Aazaad, alias Ajju; Robin, Arun and Sachin. Aazaad and Robin have already been detained under the NSA.

“Arun Singh, alias Gulzar, is currently lodged in the district central jail and trying to come out. His bail plea is due to be heard in the Allahabad High Court,” District Magistrate B N Singh said as he spoke to the press with SSP Vaibhav Krishna.

“However, we have a clear reason to believe that if he gets the bail, he would again engage in illegal activities, leading to the disruption of public order, hence, the administration, based on a report from police, has decided to book him under the NSA,” Singh said.

This is the third time that the NSA has been invoked against an accused in this case, which officials said “risked jeopardising” India’s relationship with China and “tarnished country’s image” abroad.

The district magistrate said the move was aimed at ensuring an environment which was conducive for business in Noida and Greater Noida.

Oppo, one of the leading smartphone manufacturing companies globally, had proposed an investment of Rs 2,000 crore in the upcoming plant, where the firing took place on January 31, the DM said, adding that it hoped to create about 30,000 jobs.

Singh, who had joined as the DM in Gautam Buddh Nagar in April 2017 and has so far ordered 10 NSA detentions, said, “All sub-cases will be taken to their logical conclusion.”