Facebook for Android is getting a dark mode makeover 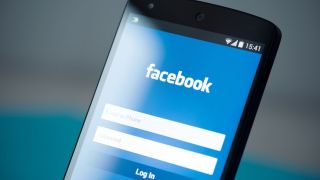 Facebook is working on a dark mode for its Android app, giving you a choice of interface styles for the first time ever.

Researcher Jane Manchun Wong, who frequently combs through code in search of new features, did some digging into the Android app, and discovered that Facebook was working on a new, darker look.

The dark color scheme is clearly still a work in progress, and Manchun Wong’s discoveries show some of the problems that have dogged many other apps’ dark modes, including dark colored text that’s almost unreadable against a black background.

Nevertheless, it’s a refreshing change for the app, which became even brighter and whiter with the launch of the new FB5 interface earlier this year. Whereas the app had previously made heavy use of the color blue, FB5 is dazzling, which can make for uncomfortable reading at night.

Facebook is fairly late to the dark mode party, and there’s no estimate of when the new interface will be available, but that’s not necessarily a bad thing. By waiting, Facebook will be able to learn from the experiences of developers who have been quicker to create dark modes for their apps.

For example, Google is working on an update for Chrome that will stop the browser inverting the colors of all images in dark mode – something an image-heavy app like Facebook will want to avoid.